Iowa-based Heartland Financial USA Inc. has asked the CFO of the Denver-based bank it just bought to take over as executive vice president of finance and corporate strategy. 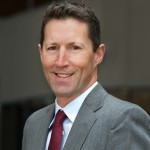 Dan Patten will be responsible for developing external growth initiatives for Heartland including corporate acquisitions and mergers. He also will identify new markets for growth and diversification. He starts his new role Feb. 29 and will continue to work in Denver.

Earlier this month, Heartland (Nasdaq: HTLF) announced the completion of its $83.5 million acquisition of Denver-based CIC Bancshares Inc., parent company of Centennial Bank. Heartland now has assets of about $8 billion and 108 banking locations in 12 states.

Under the agreement with CIC Bancshares, Centennial Bank was merged with Summit Bank & Trust in Broomfield to form a $900 million asset commercial bank named Centennial Bank and Trust, with 17 banking locations in metro Denver and mountain communities.

Centennial Bank has been ranked among the fastest growing in the country, going from $25 million in assets to $750 million in five years. It went into a buying mode and in 2011 bought Millennium Bancorp — six banks in the resort towns that had about $250 million in assets. It bought five more banks in 2014.

While at CIC Bancshares and Centennial Bank, Patten was executive vice president and CFO. In the last four years he played a lead roll in those bank mergers and acquisitions and participated in raising more than $50 million in capital over the same time period, which included common stock, preferred stock, senior debt and subordinated debt. View the full article in the Denver Business Journal.

CIC Bancshares, Inc., parent company of Centennial Bank, headquartered in Denver, Colorado, announced today that it has entered into a definitive merger agreement with Heartland Financial USA, Inc., which is expected to close during the first quarter of 2016. Heartland’s Colorado-based subsidiary, Summit Bank & Trust, will operate under the Centennial Bank name. This acquisition will bring the combined bank to 17 full service banking locations with total assets of over $900 million in Colorado. Kevin Ahern will continue to be the Executive Chairman of the Board of Centennial Bank and Jim Basey will be President and CEO. More info.